Retaining top technical talent is a challenge for organizations everywhere. According to the Industrial Research Institute’s (IRI) annual R&D trends surveys, which ask R&D managers to identify what keeps them up at night, retention of R&D professionals is typically reported as a top five concern among R&D managers at firms of all sizes. While a one-size-fits-all approach to rewarding and retaining technical employees doesn’t exist, general patterns do emerge from the research IRI conducts into the topic. Here are the top four “best practices” in rewarding technical talent found by today’s leading practitioners of R&D and innovation management.

1) Give Them Meaningful Work

In her presentation at one of IRI’s Member Summits, Debra Ricker France presented findings on “Attracting, Developing and Retaining Talent” from her research on W.L. Gore & Associates. Summing up her discussion, she noted that, for technical workers more than others, an “opportunity to create something of unique value is the greatest motivator.” An overarching theme which emerges frequently in research findings and scholarly articles is this notion that people enter the world of R&D not because of salary or some other material reward (though these are important, as will be covered below), but because they are generally curious people who want to make a difference, whether in their respective field or in the world at large.

Research backs up this point. Stephen Markham and Lynda Aiman-Smith of NC State investigated product champions at R&D firms—these are the individuals that management tends to struggle to rein in, but who are invaluable at pushing products and ideas through the process from ideation to commercialization. They found that, “champions tend to focus on large issues such as organizational mission statements… [and] they feel justified in challenging an immediate superior if they feel the person is not living up to the organization’s vision.” So, while many R&D workers fit a rank-and-file employee description, the technical leaders, both informal and formal, do care deeply about how the company is envisioning the future of their product landscape and that such vision accounts for their loyalty more than salary or other benefits.

Ralph Katz of Northeastern University also wrote that, “While extrinsic factors like salary, benefits, security, and working conditions are also important, decades of research convincingly show that they do not instill the kind of commitment and excitement needed in creative work environments” (“Motivating Technical Professionals Today”). One of the themes of the research into this topic is that technical workers need more than just money. The X-factor for rewarding technical talent is purpose.

An article in Research-Technology Management (RTM), IRI’s award-winning journal, found that, “In most cases, staff don’t quit a company, they quit a job. Improving job design is one of the least used, yet most effective ways to reduce turnover in the long run” (“’How to Keep Me’—Retaining Technical Professionals”). In short, if the top technical people at your organization appear on the brink of leaving for the next highest bidder, look first at changing what they are working on before looking to change their salary/bonus structure.

If one were to ask, “What value do you gain from your job?” How would you respond? Does your salary encapsulate your value gained? Does your annual bonus? What about the amount of paid leave? Perhaps you view such questions more philosophically, explaining the learning opportunities and meaningful challenges your job provides.

Whatever your response, it should be clear that “value” does not mean the same thing to everyone. And yet, despite recognizing this common-sense observation, many companies still approach remuneration in this way. “You want to work for us,” they ask, “here is our standard salary and benefit structure. You get X number of days off and X personal days. Want the job?” 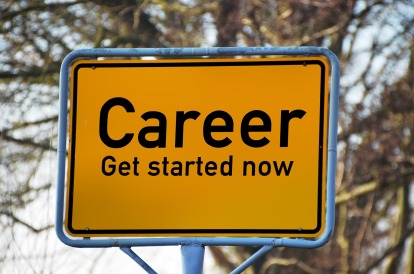 Steve Rumpel and John Medcof of the DeGroote School of Business explored a topic known as Total Rewards in their research into technology companies, including Microsoft and IBM. They wrote:

The point, they said, was that a “Total Rewards” structure, which “captures a firms’ entire ‘employee value proposition’,” worked better for companies employing technical workers than those that were not. Clear evidence, they argued, states that reward structures for R&D personnel need to be more flexible, need to account for non-financial offerings, and need to include work opportunities that capture value in ways that salary and benefits alone cannot. This applies equally for the millennial workforce.

It isn’t perhaps the nicest thing to say, but it is true that some technical workers are worth more than others. This depends on the job and the company, obviously, but it often isn’t difficult to identify the people who make projects work where others can’t. But even at companies offering the highest salaries, sometimes funds available for offering highly differentiated pay among top performers is simply too limited to satisfy their needs or demands. What can be done instead?

One R&D manager, writing for RTM, observed that “Perhaps more than any profession, research scientists and engineers have a deep-seated need to gain professional recognition by both the organization for which they work, as well as their peers in their professional area of specialization” (“Best HR Practices for Today’s Innovation Management”). The challenge, he noted, is that many such researchers reside behind a company privacy policies that prevent them from publishing or reporting their accomplishments. This means that while they may have made a startling discovery or remarkable breakthrough, recognition for such accomplishment is delayed or put off entirely. While it may be true that the work itself is the reward, human nature argues differently. We crave recognition and affirmation.

The solution, the author argued, was for companies to create an internal recognition structure, or dual ladder, that allows top performers to earn titles and honors internally in ways that can be exported to the public more easily once patents have been awarded and privacy stipulations met. These recognition structures fill the gap of demoralization caused by the delay in telling the world of the discoveries and achievements of such researchers. If the employee in question is from the Millennial generation, a group that now makes up the largest segment of the workforce, this need for recognition may even be greater.

See what a few IRI members said when asked about rewards and recognition programs; awarding innovation; rewarding failure; rewarding publication; or how a company might respond to a top technical fellow leaving the company.

During a discussion held at one of IRI’s recent Member Summits, one which covered the coming technical workforce shortage and the need for IRI members to help incentivize STEM graduation rates at universities, an off-the-record comment struck a chord with several attendees. The comment, which was followed by a brief round of laughter, was “If you have a technical workforce shortage you need to start paying more.” An unserious observation it may have been, but it carried a hint of truth. The notion of higher pay making an impact on talented workforce supply does make sense. And research bears it out, sort of.

The three points made above about meaningful work, holistic rewards, and recognition are each critical components of how R&D staff view their value in the workplace. Each of these alone are not responsible for how respected or valued a person feels while at work, and which one an employee chooses to focus on may vary from day to day. Salary is a fourth variable in employee calculations, but it too is not entirely responsible for a person’s motivation and morale on the job. It does, however, play an important role in retention, particularly during difficult economic times.

When he covered the 2000 dot-com bubble burst, Phillip Perry chose to study what tech companies faced in its aftermath (“Holding Your Top Talent”). He discovered that attrition rates at large, high tech firms more than doubled in the years immediately after the bust. In his research, he cites the HR directors from IBM, HP, and Corning. All three companies shifted their HR practices to one of retention-mindedness following the dot-com debacle and one of the principle ways of doing so was to offer significant differentiation in how much they paid top performers from how much they paid the rest of the technical staff.

The then-HR director of IBM told Perry that they dramatically increased the wealth of their top performers, claiming that “they are millionaires.” The reason, she said, was because “Your top people don’t like being paid the same as those making average or lesser contributions.” The key word, according to Perry, is “top.” Hewlett-Packard’s HR director followed suit, saying they responded to the dot-com bust by “differentiating more than we did in the past between our top performers and lower performers, and have increased the payout for performance.”

Corning’s HR director also observed that “there’s no question that there is a shift to an employee’s market, and that will continue because there is a shortage of top talent. No matter how bad the market is, your best people will always have options… [So] the mindset has changed to one of managing your top talent. People will work for a company only as long as it is working for them, as opposed to being grateful for having a job.”

This becomes more pronounced in tough economic times, they all said. As companies are forced to lay off technical workers, they also become more apt to offer better pay to top technical performers. So salary is immensely important, but only for those technical workers whose performance and creative output is unmatched in the organization.

Conclusion: It Starts With Management

As R&D managers, one of the toughest aspects of the job is to know who your top performers are and what they want. Differentiation between the job assigned, the bonuses granted, the benefits offered, and the base salary available matter significantly to the organization and to the technical workers. Managers are on the front lines of this balancing act. Know your people, know what they are good at, know what they are bad at, and know what they want. Successful retention of staff, technical or otherwise, starts with management.

Does your company have any other best practices in rewarding and retaining technical talent? Share it with us!